In a historic building rich with patina and charm, a stylist creates a personal loft space that melds the urban alllure of the Lower East Side with the vestiges of European grandeur.

Written and produced by Clinton Smith 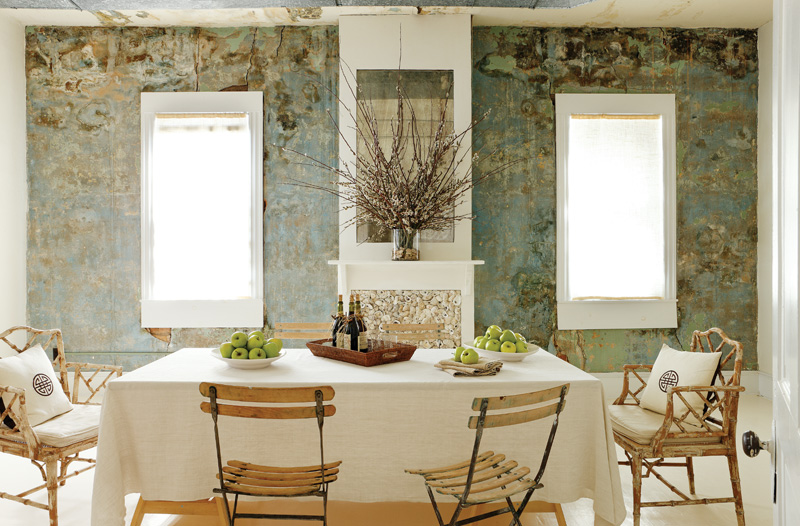 At first glance, Marietta’s historic downtown square would probably conjure up images of Mayberry before you’d think of European locales such as London’s Mayfair district or, maybe, Maastricht. But above one of the mom-and-pop shops, stylist Thea Beasley has crafted a loft that melds Old World continental charm with the street smarts of Manhattan.

“The size and age of the space conjured up Europe for me,” says Beasley of the late 19th-century structure. “It’s sort of like a grand old apartment with good bones, patina and a soul that I had not found anywhere in Atlanta.”

For Beasley, who loves old spaces and has always lived in old houses, this one has been in a constant state of evolution since she first spied it 15 years ago and was the first person to get a certificate of occupancy in the downtown area.

“When I first moved in, the floors were so dirty I thought they were linoleum,” she says with a laugh. These days, bright dappled sunlight floods the space throughout the day, creating an ethereal retreat in which she can conceptualize and create projects for her vast array of clients, including a number of national home furnishings companies and catalogs.

“It’s like living inside a sculpture,” says Beasley, “one that constantly evolves to reflect me. I think of it as one part loft, plus big, fat New York apartment.”

While the stylist in Beasley makes her a natural-born collector, things that remain constant include her passion for things from nature—bones, shells, feathers and raffia—as well as her love of different cultures, particularly 18th-century France, India and Africa. For the French-born Beasley, who was raised in London and lived in Savannah before moving to Atlanta, the loft has afforded her the space to live more of a European lifestyle that mixes simplicity with luxury. As she puts it, “Being here is sort of like pairing a ball skirt with a white T-shirt.”