Atlanta’s new Mercede-Benz Stadium will not only be a world-class sports and events facility and home to the National Football League’s Atlanta Falcons and Major League Soccer’s Atlanta United, but it will also host a selection of fan-favorite restaurants, ranging from national brands to local favorites. AH&L got a sneak peek of the menus at a tasting featuring  fifteen newly announced restaurant partners. Here’s why we can’t wait for the opening in 2017: Mercedes-Benz Stadium restaurant partners were selected by over 4,000 Falcons and Atlanta United fans.

1. Fan-selected favorites
From national brands like Chick-fil-A to local staples such as King of Pops, the culinary lineup for the 2017 stadium represents Atlanta’s unique culinary landscape, showcasing eateries chosen by more than 4,000 Falcons and Atlanta United fans. Local heavyweights such as Concentrics Restaurants, Chef Kevin Gillespie, and Fox. Bros. have even developed unique concepts for the stadium. “We decided to take a different approach based on our philosophy of listen and respond by asking the most important people – the fans – what they want,” said AMB Sports & Entertainment President Rich McKay in a statement. 2. Price is Right
Paying an arm and a leg for water will no longer be an issue; in tandem with the fans-first approach, concessions will remain reasonably priced. (Think $5 beers; $2 bottled water, hot dogs, pretzels and popcorn; $6 chicken sandwiches; and $3 doughnuts.) In addition, partners’ menus will be priced similarly to that of their respective restaurants, so even the most gourmet options will be affordable for customers. 3. Something for Everyone
Fans will  have the option of elevated classic stadium fare—such as pizza from Antico, fries from Farm Burger and the cheddawurst corndog from Concentrics’ Golden Brown and Delicious—but eateries will also cater to health-conscious guests as well as those with dietary restrictions. Snackolology 101, for example, will offer lighter choices such as curry chicken salad and hummus with veggies, as well as gluten-free and vegan desserts. Other meat-free options include a portobello mushroom burgers and a vegan hot dogs from the stadium’s in-house concessions. Additional dishes such as the “Closed on Sunday” chicken sandwich from Gillespie’s Gamechanger, pork cheek tacos and Spanish fries from the Iberian Pig, the “Hot-lanta Nashville” fried chicken biscuit from Golden Brown & Delicious and the “Big Tex sandwich from Fox Bros satisfy cravings for a variety of genres.

The Mercedes-Benz Stadium will open in 2017. For more information, visit visit mercedesbenzstadium.com. 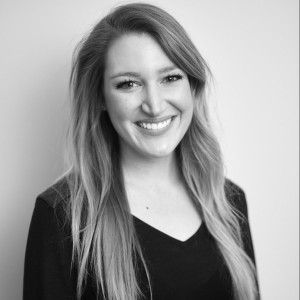