There are few things that invigorate Atlanta’s classical architecture community more than the work of local legend Philip Trammell Shutze. Revered internationally as one of the 20th-century’s most devoted classicists, the famed architect is known as much for his civic landmarks—think Buckhead’s Swan House and Midtown’s Academy of Medicine and The Temple—as he is for his rambling private estates, many of which have been featured on the pages of Atlanta Homes & Lifestyles through the years. In fact, each February, the Institute of Classical Architecture & Art’s Southeast Chapter hosts a prestigious awards ceremony in the architect’s honor, known as the Philip Trammell Shutze Awards. Next month, the 8th-annual event will once again be held at the Shutze-designed Piedmont Driving Club, a fitting venue to honor design professionals excelling in classical design in categories that include craftsmanship, interior design, landscape/garden design, commercial, civic and more.

Take a look at some of AH&L’s favorite Shutze-designed spaces below.

Perhaps one of Shutze’s lesser known projects—which was the second-to-last project the architect designed—is an ecclesiastical space at Grady Hospital, the Goddard Chapel, which is now considered the most intact Shutze design in existence thanks to a meticulous 2010 restoration by Jonathan LaCrosse of D. Stanley Dixon Architects, Steve Markey of Harrison Design Associates and Clay Ulmer of D. Clay Ulmer Architect. Restoring the chapel to its former glory proved most compelling. “The space is an architectural masterpiece that’s restored people’s spirit,” Lacrosse says. “Seeing it look like a church again, how much people care about it and how much architecture matters became a labor of love for a lot of people.”

The Calhoun Estate—recently purchased by a local interior designer and her developer husband—will be open to the public at next month’s Cathedral Antiques Show Tour of Homes. (Find the official CAS program in the February 2015 issue of AH&L). Located on Pinestream and often referred to as the “Pink Castle,” the Italianate style estate was, in its original form, “one of the grandest properties in the South,” according to residential designer William T. Baker. The Patterson-Carr House, a 1939 Colonial Revival home on Northside Drive, holds similar intrigue for longtime Atlantans. Interior designer Tammy Connor transformed this home, which included the meticulous restoration of a Menaboni mural in the home’s foyer by Athens artist Jill Biskin, which earned the project a Shutze award for craftsmanship in 2014.) Last year’s Atlanta Symphony Associates’ Decorators’ Show House & Gardens, Neil Reid and Philip Shutze’s 1926 Italian Baroque “Pink Palace” was transformed into its former glory at the hands of some of Atlanta’s top design talents. Located off West Paces Ferry, Buckhead’s leafy thoroughfare, the home boasts some of the city’s most recognizable doors—and the newly designed interiors were nothing short of spectacular. 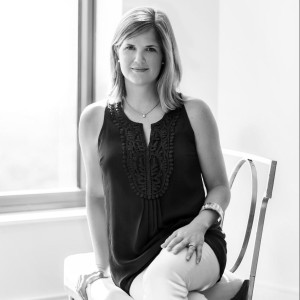